I saw this on Facebook for the first time last week:

If all of the people who have been sexually harassed or assaulted wrote “Me too” as a status, we might give people a sense of the magnitude of the problem.

Beneath that, a column of comments began stacking up from others.

I saw these two words pop up throughout the rest of the day and into the night, and the following day and night… and it is still surfacing.

One thing I found curious was that I instinctively thought to myself, “I’m not the only one.”

Obviously, I’m not the only one. I know this. We all know this. But the perception that “I’m the only one” certainly does feel true. I’ve reflected on this and will venture to say that the feeling of being the only one comes from the experience of having to go through it alone.

You can cry your heart out to your family and friends. You can beat on the walls of your house. You can take your anger out on others. You can drink alcohol and take drugs. You can do tons of yoga and meditate and lose yourself in the ocean. You can heal. But you’ll always be alone. AlONEness is what you get from being alive.

So how can we destigmatize the reality of feeling alone and deconstruct the pain of victimization.

I have some ideas:

For one, I’ll say that I’ve realized I don’t care about the statistics of victims. No thanks. I’d rather not focus on how large the number is of victims, and how big the problem is. I would rather focus on the statistic that juxtaposes the mindset and culture that accepts sexual assault with the one that demonstrates it is not OK. Let’s take that into future. Maybe then, victimization will not be a number to fill. Maybe then, people won’t feel so trapped into isolation.

And two, acknowledging that shame and vulnerability are natural in humanity, and not limited to abuse, assault, and neglect. It’s not wrong to feel ashamed or vulnerable, although it can be very destabilizing and uncomfortable. If we continue to persevere in the effort of uprooting the negative stigma for being vulnerable and feeling exposed, in men and women, masculine and feminine, then our alone time will not be so easily invaded.

Here’s the deal though. The behaviors don’t change across the world, overnight (Although that’s what I’ll ask Santa for this year, so who am I to really say….) The behaviors do change on personal platforms, through creative artistry, pursuits of knowledge, and relationship experience.

We’re looking down a long timeline, which is more of a multi-dimensional current than it is a line, (but that’s another blog topic…) and “me too” is a landmark on that spectrum of time.

I did not post me too on my Facebook wall, and the reason for that is a long one. Instead, I posted this:

Trust the moment. It’s a long one.

In the comments, I continued:

me too, is not a fleeting moment on the news and on Facebook.

me too, is not about women versus men.

me too, is a gateway on the path of unveiling humanity that works, and it has been a long time coming.

me too, is not going to reshape pompous predators or eliminate violent criminals.

me too, is a landmark in culture and we are the ones who have to figure it out.

both men and women.

it’s ok if it’s you too and don’t want to share the story or write the words on your wall.

it’s ok if it’s you too and you’re scared or confused.

it’s ok if it’s you too and you’re so fucking pissed that you don’t give a shit about me too.

but you have to tell someone.

you have to start.

it’s a collective effort and it’s not going away.

we stay strong together. 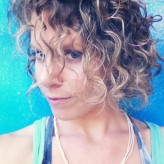 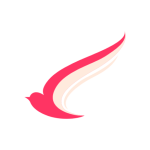